Jaeger Tracks: No Game Left Behind 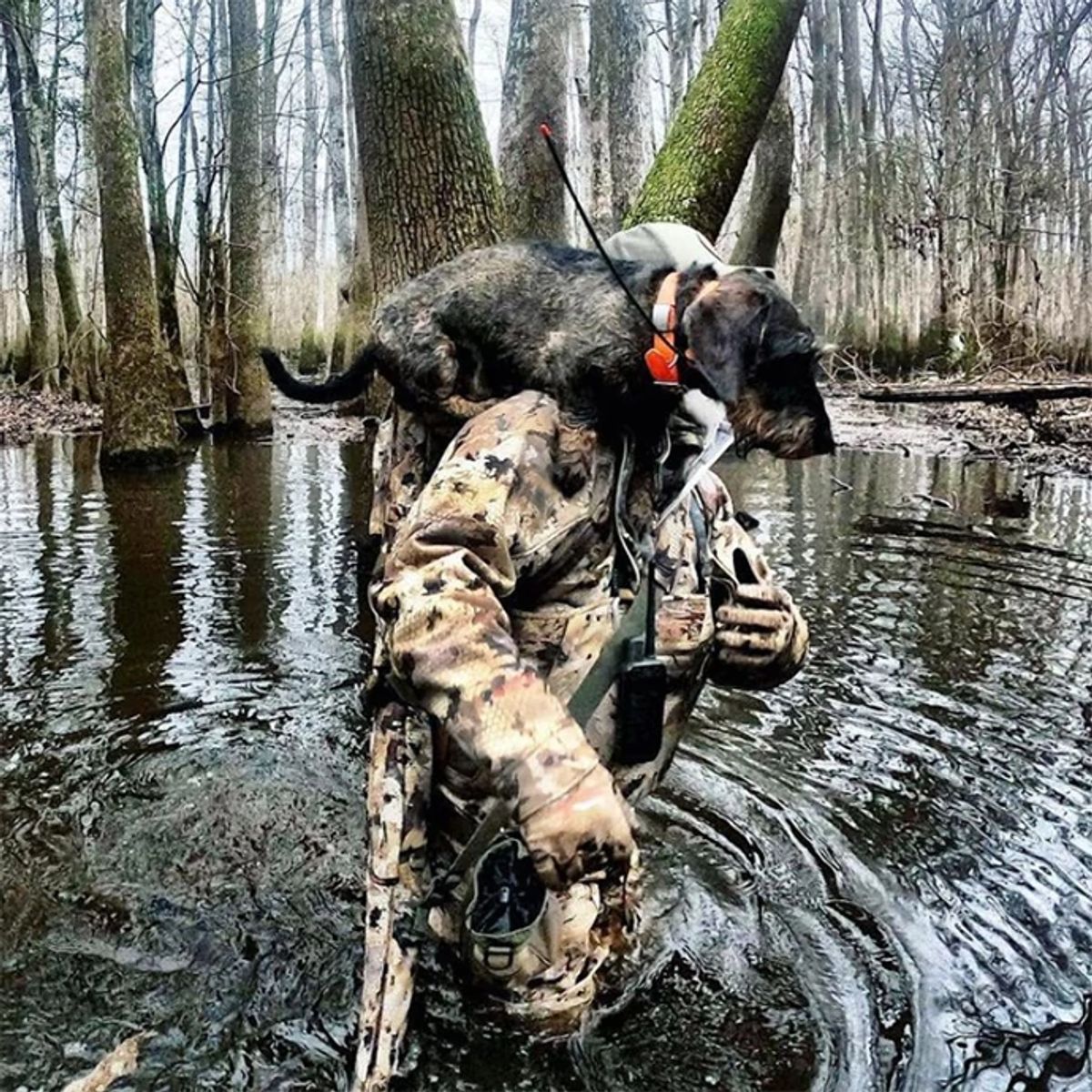 Damon Bungard's small but mighty teckel (a wire-haired Dachshund dog specifically bred for hunting), Jaeger, proves bigger is not always better on the hunt - but having a strong companion makes all the difference.

Spencer, Tennessee - In the deep wilderness of east-central Tennessee, far away from the melody of acoustic country ballads echoing out of Nashville (and even farther from the nearest grocery store or stoplight), Damon Bungard stands facing the rocky ridges and towering timber of the Cumberland Plateau near Fall Creek Falls State Park.

Here, the earth is unpredictable, sliced to produce canyons in one direction and plateauing into expansive fields of pine and oak only a few steps over. Standing by Bungard's side, or, more likely, tugging on his leash a few feet ahead of him, is an atypical companion. Rushing past Bungard's boots is his five-year-old, 28-pound teckel (a wired-haired dachshund specifically bred for hunting), named Jaeger.

While there are some sportsmen who may raise an eyebrow at the sight of a "wiener dog" being used to track a deer recently shot by a hunter, once you see Jaeger in action, there is no doubt that Jaeger is doing exactly what he was bred to do. And it is simply amazing to watch.

"In Jaeger's mind, he's not tracking, he's hunting. When you've been in the hunting industry as long as I've been in it, you see a lot of negative human nature. I've witnessed a lot of greed, ego, and many people whose main goal is to be the biggest and best. But when you see an animal like Jaeger hunt, it is so humbling," said Bungard. A hardcore hunter, Bungard owns two other dachshunds, Tripper, a 11-year-old miniature dachshund, a non-hunting family companion, and Grizzly, who is Jaeger's son, two years old, and is just taking his form as he follows in his father's footsteps as a working teckel.

"He finds whatever he finds, and he doesn't even look at how big the rack is on a buck's head," said Bungard. "He just cares about hunting and getting the job done. It's so grounding, and, to me, the best example of a pure hunter at work."

Jaeger's tenacity is the inspiration behind Bungard's brand, Jaeger Tracks, through which hunters can call upon Jaeger to help recover their lost game. Calls come in from across Tennessee and even surrounding states. Even if the game is two miles from where the shot was made, 24 hours lost, and all seems hopeless - Bungard and Jaeger exhibit a nearly otherworldly ability to locate game that hunters and guides alike scramble to find. Despite their success and stellar track record, Bungard wouldn't dream of taking all the credit.

"For many people, their dog serves them, but for Jaeger and me, tracking is very much a partnership," said Bungard, who also maintains a flourishing career in outdoor gear product development and marketing outside of tracking. "He is a hunting companion that hunts and works with me by his own nature. He's not working for me. We're working together, and he is the best partner. A lot of people note how I refer to us a 'we' which I think is a testament to our partnership."

SNIFFING OUT THE TERRITORY

The vast majority of Bungard's calls are from strangers who lose their deer, but the pair has tracked anything from whitetail deer and elk to wild boar, bear and antelope. If you can name it, there's a good chance at least part of this dynamic duo has hunted or tracked it. Though Jaeger doesn't join in on Bungard's flights to drop hunt in Alaska, or moose hunt in Newfoundland, for example, the two have been everywhere within driving distance, tracking game in Texas, Wyoming, Colorado, New England, and across the Southeast.

"I can't even remember my first hunting experience, because I've been hunting my whole life. It's a part of me," said Bungard. "I spend a lot of time in kayaks, so, a few years ago, I wanted to find a small dog that would work well in a small watercraft to help track big game and do light waterfowl work, mainly locating cripples since you can often retrieve your own birds in a kayak."

"I researched dachshund breeding and found out about teckels and the German/FCI breeding system," said Bungard. The FCI definition of a dachshund states 'Hunting Dog. Above and below ground.' 'Dachshund' itself translates to 'badger hound', and dachshunds were originally bred to hunt, not just be cute pets. So, I asked around for advice, and a teckel owner in Alabama recommended to me their dog's breeder, Mike Schlapa at Vom Mountain Creek kennel in Georgia, which is where I found Jaeger."

"Interestingly enough, my aunt recently found a sketch of my great-great-grandfather, Josef Kundrath, under this oak tree in Austria from the 1800s, sitting on a bench with his teckel," said Bungard. "He was the forester for the Starhemberg noble family, which you can see on his grave marker. We have roebuck mounts in our family going back to the 1800's, and it is really nice to see the family tie back in time, for a rather different breed than most, but a breed that I certainly am passionate about and love, as you can probably tell by the way I talk about Jaeger."

Jaeger is one of the very few teckels in all of North America that has earned his German breeding certificate (Zuchtzulassung), an accreditation he earned by passing a gun-shyness exam, a duck retrieve in water under gunfire exam, and an overnight, 20-hour-old kilometer-long blood tracking test, followed by DNA testing and physical evaluation.

Even without the certification, it doesn't take much to know just how much Jaeger brings to the table as a hunter, even excelling where there is no blood or physical sign of game. In these instances, Jaeger draws purely upon instinct.

"Jaeger goes hard for sure. Teckels are independent hunters by nature with the mindset of, 'I'll go find it, then the hunter will come find me.' They are stubborn, focused problem solvers bred to make hunting decisions on their own. The hunter isn't there to help a teckel when it's squaring off with a badger or fox in a den. Once handlers understand that and realize they aren't wired to just sit there and take commands like a lot of breeds, you can begin to work together. Oftentimes, on tracks that are really long, there is no sign, period. And then, boom, we find it. My job is to trust him, but also protect Jaeger because he is so committed. He will go as far as to injure himself to get the job done," said Bungard. "It's funny, a lot of people will show up to the site, and they just can't keep up. They can't keep up with me and Jaeger. They say to me, 'Man, Jaeger just did in five minutes what took me four hours to track on my own before I called you.'"

"That's where the importance of strong gear and footwear comes in. Because if your feet aren't comfortable, you're not happy. I learned very young that if your feet are cold or if they hurt to walk, you're basically going to want to go home," said Bungard. "I'm picky about my footwear, but I spent a lot of time this fall in my Irish Setter knee boots because, quite often, there's a lot of water involved in my excursions, and briars and brush to plow through. You don't get to choose where you walk when tracking, so be ready for some abuse and wear comfortable armor. Even on lead, that's the only way I can keep up with Jaeger because he really leads the way."

This pair's work does not begin and end with practicality. For many hunters, there is a strong emotional and deeply personal component to recovering lost game. Among Bungard's most cherished parts of his work is the look on a hunter's face when Jaeger finally retrieves game that a hunter thought was irrecoverably lost.

Bungard recalls one track (memorialized in a video titled, The Christie Buck, on the Jaeger Tracks YouTube Channel), in which one hunter simply could not find her lost buck. Desperate for assistance and heartbroken at the thought of losing the animal, the hunter recruited her son's entire football team to scour the field and woods the night she shot the buck, and half the team came back the next morning and continued the search.

The day-old game, lack of blood on the scene, and scent challenges from so many humans walking through the territory might have thrown off another tracker - but not Jaeger.

"It took some sorting out to get past all the human scent spreading and contaminating the scene, then Jaeger settled in and we found her buck up on a rocky mountainside," said Bungard. "It was a very rewarding day."

When Bungard arrived at home, he found that the hunter had written him a long letter explaining that she had lost her brother a few years prior. Her brother had taught her how to hunt, fish, and be outdoors, and, when he passed away, she couldn't bring herself to hunt again. To shoot the buck that Jaeger and Bungard had tracked down, she had put on her brother's camo and used his weapon. It was the first time she'd been hunting since he passed.

"She had all the emotions of her brother's loss tied into that experience, so shooting this deer and then losing it was devastating for her," said Bungard. "For us to come and find it and give her that positive closure with her brother's memory meant everything to her. Together as a team, Jaeger and I really got to turn that bad story around for her. When I think about what Jaeger does for our clients, it gives me such a sense of respect for him."

Even on happy excursions that are free from emotional weight, recovering lost game does require a sturdy standard of ethics. As Bungard notes on his website, "The top responsibility of an ethical hunter is to recover their game."

"An ethical hunter has taken on the responsibility of humanely ending an animal's life, for whatever motivation they have. Ultimately, a hunt's not over until that animal has been recovered and is put to use," said Bungard. "That's my philosophy, and why what Jaeger offers these hunters is so meaningful to me. He is the best partner, and I certainly couldn't do this without him." 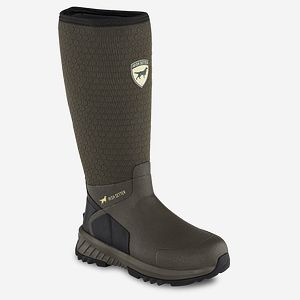 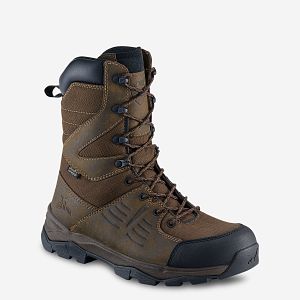